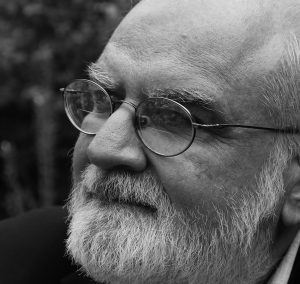 * This is only a brief excerpt. The full text is available in the book. *

Isaiah Berlin’s famous essay The Hedgehog and the Fox divides thinkers into two categories: Hedgehogs relate everything to a single, universal principle or idea, whereas foxes rely on multiple experiences and entertain a vast variety of ideas without seeking to fit them all into, or exclude them from, any one grand system. Peter Kivy refers to this essay when he describes the current state of aesthetics: ‘If the age of Danto was the age of the hedgehog, who knows one big thing, we are entering, now, the age of the fox, who knows a lot of little things.’ And he adds: ‘the big fox on the block … looks to be Noël Carroll.’ When I meet Noël Carroll in Canterbury on a sunny afternoon in April my first question is whether he agrees with that characterisation. Carroll is one of the most prolific philosophers of art today and has written about an extraordinary wide range of topics, but there doesn’t seem to be one central idea that ties all of his work together.

NC: Yes, it does typify the way that I tend to work, which is to go from problem to problem. There may be something that holds most of my work together, though, but it is a reactive theme. A lot of what I do is a reaction against what one could call ‘Enlightenment formalism.’ As opposed to formalism, which brackets questions of history, politics, ethics, and intention, I argue for the reassertion of those kinds of considerations. I also take issue with the tendency to think about art as one monolithic category, Art with a capital ‘A.’ I tend to write about particular arts and issues that arise across different art forms, but don’t pertain to all of them.

HM: So, while there is not one archetypal idea guiding you throughout your thinking, you do have an arch enemy, so to speak. Is Enlightenment formalism the same thing as what you have elsewhere called ‘the aesthetic theory of art’?

NC: Well, experiences have content. So, if one is going to characterize what an aesthetic experience is, one should specify what its content is. I’ve argued that it involves attentiveness to the formal, the expressive, and the aesthetic qualities of a work of art. When I first formulated this view, I often got the same criticism: why would precisely these and only these contents be the aesthetic ones? I’ve since tried to explain what holds those things together. They are all forms of embodiment. In other words, you have an aesthetic experience when you are attentive to the ways in which a work’s point or purpose is embodied.

HM: Why do you think that this content-oriented approach to aesthetic experience is superior to alternative approaches?

NC: Those who defend an affect-oriented approach and want to define aesthetic experience as a particular affect at least owe us some characterization of that affect. You can’t just say that there is one and leave it at that. Jesse Prinz has been bold in this regard and has argued that the affect is something like awe or elevation. But that can’t possibly be right. Awe involves having an experience of taking in air, yet there are obviously aesthetic experiences, like laughter and horror, which involve expelling air. So, at the very least, that account can’t be right. Likewise, the valuing views that claim that aesthetic experiences are intrinsically valuable can’t be right because, among other things, they’re not sufficient. For instance, you can have a fulfilling conversation with a friend and you might value that for its own sake, but it’s hardly a work of art. So, being valuable for its own sake is not sufficient. Another disadvantage of the value-oriented approach is that it doesn’t tell us anything about what one should do in order to have an aesthetic experience. It only says that one should try to value the experience for its own sake, which is about as unhelpful a piece of advice as one can imagine. A content-oriented approach, by contrast, can tell an aspiring aesthete what to do, namely attend to the formal, aesthetic, and expressive properties of artworks.

NC: I’m not so sure about that. There are many values besides enjoyable experiences that can be obtained through an engagement with different sorts of art. Some of them involve improving your powers of interpreting other people, or enhancing your discriminatory powers, or developing your powers of pattern recognition. Moreover, art offers you the possibility of joining the conversation of culture. So you’re not left with there being no sorts of reasons to encourage people to become aesthetes. That being said, I don’t know whether one’s account of aesthetic experience should also include in it a motive for pursuing aesthetic experiences. Yours is a distinctively philosophical way of framing the problem. Why be an aesthete? Why be moral? We enter these various discourses, whether they’re about art or about morality, as a full fledged member of an evolving culture. After all, nobody wakes up and says: do I want to become an aspiring aesthete today? One’s introduction to the arts is gradual and it’s part of one’s enculturation in any society. It’s not the sort of thing that most people would selfconsciously take on.

NC: The reason I introduced this particular comparison is because sexual experiences are ones that people are prone to say they value for their own sake, whereas I don’t think that that is necessarily the case.

NC: I don’t know. I’m not as confident as you are that we have this distinction between the erotic and the sexual. When Gloria Steinem distinguishes erotica from pornography, she doesn’t do this along the lines of intrinsic versus instrumental value. It has more to do with mutual affection and respect, or the absence thereof. But that’s a stipulative definition. After all, exploitative adult materials shops say they sell erotica. Similarly, you could make the distinction and say that from now on you will mean by aesthetic experience only that sort of experience that has positive value and is valued for their own sake. But then you are no longer arguing for it. Also, this move would have catastrophic consequences if you are planning to use aesthetic experience as a building block in a broader theoretical framework. For instance, if you want to say that a work of art is something that has to carry an aesthetic experience then you won’t be able to account for bad works of art. You could argue that the primary intention to bring about an aesthetic experience is sufficient for something to be art, but then there are all kinds of works ?? cathedrals, religious paintings, etc — that don’t have that as the primary intention. But, as I said, this is a problem if you try to deploy that concept of aesthetic experience in building a larger theory. You could of course refrain from doing that and be a fox and just stipulate that this will your account of aesthetic experience.

HM: I would like to ask you about your own aesthetic experiences. Can you mention a work of art that has had a profound impact on you?

NC: The one that I immediately think of is Buster Keaton’s film The General. That’s a work of art I go back to again and again, and I always discover new things in it.

HM: Would you say it’s a profound work of art?

NC: Philosophers of music have so pushed and poked the concept of profundity that I’m a bit hesitant to use that term. But it certainly is a work of art and it does offer some very profound insights into, say, the nature of human intelligence. It had a great impact on me, especially because it made me aware of a dimension of life that I, as an academic who has always been involved in the manipulation of information, I am not really familiar with. I mean the skilldimension of human existence, the sort of life that is wedded to the manipulation of things. The General really makes you feel what is glorious about a life engaged with moving things, aiming things, weighing things, coupling things, uncoupling things, … It’s very exhilarating in that respect.

HM: You recently published a book about Buster Keaton, entitled Comedy Incarnate (2009), which is a revised and updated version of your doctoral dissertation of 1976. Both the book and the dissertation show a strong influence of the French phenomenologist, Merleau? Ponty. To some people, this may come as a surprise because in other publications you have been very critical of French philosophy.

NC: That it was Merleau–Ponty that I was taken with shouldn’t be that surprising. After all, he was very interested in the psychology of perception and behavior, what we would now think of as cognitive psychology. The people who I have tended to be more critical of are poststructuralists. Merleau-Ponty is a pre-structuralist. And, although I find post-structuralism, and particularly Lacanian psychoanalysis, deeply problematic, there are even certain aspects of post-structuralism that I can acknowledge have value as critical tools.

NC: The view that I think goes back to Lévi-Strauss, but is articulated by Pierre Macherey and, to a certain extent, is just assumed by Althusser, that what artworks do is reveal or exhibit contradictions in a society of a certain period. That can be a powerful heuristic and a viable critical approach to certain works of art. It’s only when these ideas become super?generalizations, when it is axiomatic that any work will exhibit contradictions, that such a theory becomes problematic. Similarly, in structuralism, it’s axiomatic that the fundamental structure will be binary and will involve two terms that are opposite. The work of the myth then, as Lévi-Strauss would have it, is to actually reconcile those oppositions. Now, if you replace the myth in Lévi-Strauss’s theory with the work of art, it becomes clear why I think that the Macherey?Althusser line ultimately derives from Lévi Strauss.