Inside Out: Portraits, Art, Science 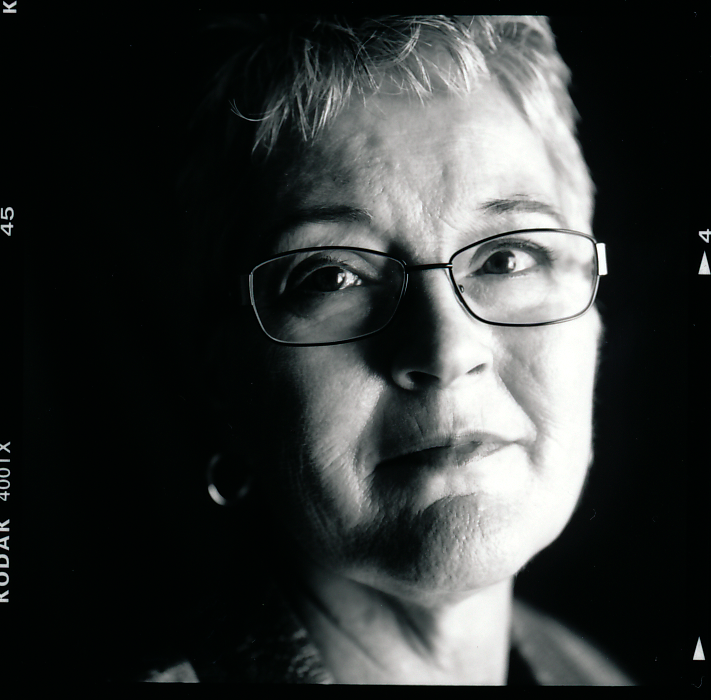 ** This is only a brief excerpt. The full text is available in the book *

Cynthia Freeland is Professor of Philosophy at the University of Houston, Texas, but I meet her in St Louis, Missouri, at the 2012 annual meeting of the American Society for Aesthetics, for a conversation on portraits and icons, art and morality, aesthetics and science, feminism and censorship. At the end of our two hour long session, which will also touch on topics like kitsch, craft, tragedy, and 3D movies, we start talking about the other interviews I’m doing and I ask her if there are any questions she thinks are particularly worth asking of the other interviewees. With a mischievous twinkle in her eye, she replies: ‘I’d ask them whether they are really interested in art, or only interested in philosophy of art.’ And she goes on to explain how at professional meetings such as the one we’re attending, but also in academic journals and publications devoted to aesthetics, art often seems to be receding from the focus. ‘So few philosophers of art are really attuned to visual art,’ she notes with a genuine tone of wonderment.

Whatever you may think about the truth of this general observation, it obviously does not apply to Freeland herself. She is a philosopher who is not just attuned to visual art, but whose work is consistently and thoroughly informed by a subtle understanding of and deep love for the visual arts in general and contemporary art and film in particular. This is evident from the two books from which I mined most of my questions: Portraits and Persons (2010) and But is it Art? (2001). The latter is a (perhaps even the) best selling introduction to philosophy of art, which has now been translated into more than fifteen languages. (Its subtitle, ‘An Introduction to Art Theory,’ may have contributed to its success. As one reviewer noted: ‘Philosophy’ sells books to philosophers, ‘theory’ to everyone else.) The book, which is lavishly sprinkled with examples from different cultures and historical periods, offers an eminent and eminently readable overview of contemporary aesthetics, drawing upon insights from philosophy of art, art history, art theory, and feminism, ranging over themes such as blood and beauty in art, markets and museums, digitization and cognition, gender and genius.

Her more recent book, Portraits and Persons, is no less informed by both the long history and contemporary developments of art. In fact, the combination of original philosophical analysis with detailed critical attention to a genre that has been largely neglected by philosophers of art, struck me as so rich and thought-provoking when I first read it, that I decided to make this book the central point of reference in our conversation. But before we dive into our discussion of portraits – pictures which are bound to reveal ‘the inside of the outside and the outside of the inside,’ to borrow a phrase from Merleau-Ponty – I break the proverbial ice by asking her when and where her professional interest in aesthetics took root.

Cynthia Freeland:  When I was an undergraduate at Michigan State I took a course in philosophy of art and aesthetics. I have a clear memory of reading Clive Bell and his discussion of aesthetic emotions and the ‘cold, white peaks of art.’ I was both a little bit envious and intimidated, but also quite angry. I felt like he was such a snob. His discussion of art was very alien to me because I grew up in a small town in a fairly rural area and I never went to museums. Still, I was intrigued. When I went to graduate school at Pittsburgh, I was fortunate because Paul Guyer was there and he taught a seminar on Kant’s aesthetics. I also studied philosophy of art with a former student of Nelson Goodman and I began to see more art because Pittsburgh did have a pretty good art museum. But even though I felt more and more comfortable in this area, I ended up doing my dissertation on Aristotle and ancient philosophy. I suppose I really started specializing in aesthetics only when I was a professor and I began to have a little bit more freedom. Photography was a very avid hobby of mine, so I began reading material about philosophy and photography and I decided to write on that issue since I felt a lot of people who had written on photography didn’t make photographs themselves and didn’t understand photography very well. That was my first entry into aesthetics. Then later on I worked on film, and gradually more on visual art as well.

Hans Maes:  Which philosophers in particular had a limited understanding of photography, in your view?

Cynthia Freeland:  Mainly Susan Sontag and Roger Scruton. They had what I consider a fairly naïve idea of photographic realism, claiming that the photograph is just determined by the subject matter. They didn’t seem to be aware of all the possibilities of manipulation and control, even in fairly straight photography. Ansel Adams, for instance, didn’t have all the tools of Photoshop available to him, but he nevertheless had a huge range of choices in printing and developing, in the use of lenses and lens filters, and so on. The photographer had much more artistic control over the final image than was acknowledged by the people who had this view of direct naive realism.

Hans Maes:  Did you have any artistic ambition yourself, or any hope of becoming a professional photographer?

Cynthia Freeland:  Oh no, it was a hobby. I never did any photographs for money. I never even tried. But I did take courses and when I was a new professor, it just so happened that the photography dark rooms were in the basement of my office building. I would spend days and days there. Of course, this was before there was much awareness of the safety issues involving the chemicals in the dark room. Sometimes I’d come out of there after eight hours straight, and I’d be dizzy and drunk on the fumes. [laughs] You know, when you get going on one photograph and you want to make it perfect, you keep developing it over and over again. It’s really very technically demanding to do it. You have a lot of choices of paper and processing, and you can burn and dodge with the enlarger, and do toning and so on. I did landscapes and still lifes and interiors, and things like that. The funny thing is, I didn’t do portraits at all. That’s because I’m kind of shy, and I never was able to go up and just stick a camera in someone’s face.

Hans Maes:  Well, you have amply made up for that as a philosopher. In the book that you have written on this topic, Portraits and Persons, you consider the question, ‘What is a portrait?’

Cynthia Freeland: Yes. I’m not purporting to do ordinary language analysis, but I’m trying to talk about portraits the way they’ve been used, the way the term has been used in art history and in common parlance. From my point of view, a portrait shows a recognizable person with an inner life. Why are human beings interested in portraits and why do we seem to be unique in making, distributing and valuing portraits? I think it’s largely because we’re creatures who’ve evolved to have certain skills of face recognition, and not only face recognition, but interpreting facial expressions of emotion. A portrait that lacks a face or an expression of emotion doesn’t respond to these evolved human capacities and interests, and so I don’t count it as a portrait in my theory.

Hans Maes:  Besides the two conditions you mention here – recognizability and psychological import – you also mention a third condition in your book. The depicted subject, you claim, has to consciously present a self to be conveyed in the resulting artwork. But how strictly are we to interpret this third condition? When taken to the letter, for instance, it seems that there can be no portrait that is made from memory.

Cynthia Freeland: I do try to include cases like this. If you draw a portrait from memory, you presumably have some sense of how a person presents herself to the world. So, you’re still representing that person’s self‑representation. You’re representing a pose. Now, the cases that are more of a challenge for me are the so-called ‘candids’, where you catch someone unawares. Sometimes people think that such photographs can be more revealing. But do they count as portraits?

Hans Maes: That’s the question, I guess. Take the iconic portrait of Che Guevara that one sees on t‑shirts, posters, flags. If I’m not mistaken that photograph was made at a funeral rally at a moment when he wasn’t really aware of being photographed. He was certainly not posing for that picture. Still, I tend to think of it as a portrait.

Cynthia Freeland:  Well, I try to say that I’m identifying markers of a classic portrait or of what you might call an ideal portrait. There’s room for a variation on some of these things. If you think about the condition of recognizability, how far away can you get from recognizability and have some things still count as a portrait? Silhouettes in some cases may or may not be portraits. I think there may be shades of gray on the question of whether something’s a portrait or not.

Given that Che was in a public place, observable, and was presenting himself to the world in a way that animals never do present themselves because they don’t have that self‑awareness or that desire to do so, I think the photograph captures a self‑presentation and so I’m willing to accommodate it in my theory.

Hans Maes:  If animals never present themselves to the outside world, there can be no animal portraits…

Cynthia Freeland:  But we sometimes call pictures of animals ‘portraits’ because we read into them the condition of posing. An artist like William Wegman seems to think that his dogs pose for him because they like to be working with him in the studio. David Hockney says the same about his dachshunds. I think anybody who loves animals begins to think that they do pose, that they do have self-concepts. Because we anthropomorphize certain animals, especially pets, we treat those pictures as portraits. I do that myself, I have to admit. But I just don’t think the facts substantiate the idea that animals really do pose, or self-present. I think that’s a kind of romanticized notion.

What I’m most interested in is the question of why we like portraits. The definitional project is not my main interest. I’m not sure for purposes of art theory that having a definition is ever useful, but it just began to seem very interesting to me to ask what differentiates a portrait from a non‑portrait. Why is a picture of a woman sometimes a nude and sometimes a portrait? I thought, well, I have to say something to differentiate these cases and the same with the animal cases. What is it that seems to make these animal cases different from human cases? That’s why I came up with the criteria. I suppose philosophers like definitions because then they can knock them down. In a way, I think I’m trying to characterize how the term portrait has been used in the context of the artists who’ve made them and the people who’ve viewed them.