The Tasty, The Disgusting, and the Genuine 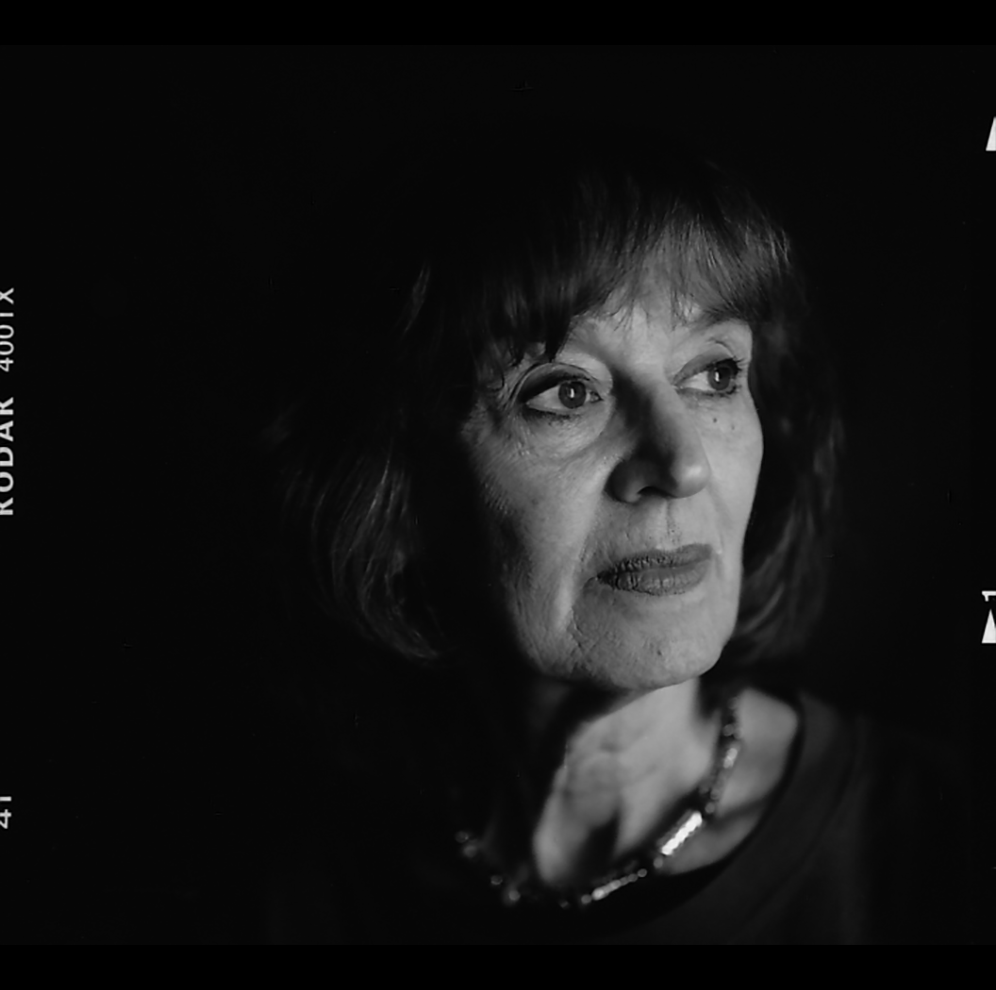 * This is a brief excerpt of a conversation I had with Carolyn Korsmeyer in October 2012. The full transcript of the conversation is available in the book. Please note that this is only a draft. *

Hans Maes:  In 2011 your book Savoring Disgust came out. It zooms in, as the title suggests, on a particular paradox. You call it ‘the paradox of aversion.’

Carolyn Korsmeyer:  Yes, it’s a phrase that I coined in order not to have to say ‘paradox of tragedy, of horror, of terror, of disgust and so forth’ each time. It’s the old puzzle: what is the magnet that attracts all sorts of people to experience things in works of art that they would avoid in what we call ‘reality’? I’ve talked about it in terms of disgust because disgust, it seems to me, is the emotion that is hardest to account for in terms of its appeal, because it’s the most unpleasant emotion and because the objects of disgust are as a rule so unrewarding. When you consider the paradox of terror that results in the sublime, at least you have something magnificent and vast and astonishing to inspire the sublime. Maybe it’s even a bit divine. With tragedy, you’ve got a great sense of human frailty which is profound. Whereas typical objects of disgust are just rotten. So, is there any appeal here at all? A lot of people say ‘no, of course not.’ But I tried to make a case in Savoring Disgust for there being certain uses of disgust, mainly in art but not exclusively, that deliver an effect that is subtle and savorable and very meaningful.

Hans Maes: We’ll come back to art shortly, but first I want to ask you about the culinary version of the paradox of aversion. One of the most basic functions of disgust is to inhibit dangerous ingesting, and it would seem that, at least as far as taste is concerned, the protective role of disgust should keep that emotion steadfastly aversive. But you’ve drawn attention to the fact that exploration and cultivation of disgusting objects occurs even with this most intimate of senses. Can you give an example?

Carolyn Korsmeyer:  Think of eating crab. They’re quite delicious, but they scuttle about and look like big spiders, so you have to overcome something in order to decide they are appropriate for food. Or think of eating insects, which are part of the diet of certain cultures. Obviously, these things are culturally laden.

I was speculating a lot in my book about how human cuisines develop. Because they don’t seem to grow simply from what’s easy to eat or from what tastes good. A lot of things we eat are not at all easy to consume. Sometimes they have to be prepared to death, literally, before we can eat them. And many other things don’t taste good at first. Coffee, for instance, which I’m completely addicted to, does not taste good on first exposure. It smells fabulous and I think a new coffee drinker always has that disappointment when the wonderful aroma turns out to be very bitter on the tongue. But you come to like it. Or take alcohol. Alcohol is something you really do need to cultivate a taste for, and again, it can be addictive. But why do we do this? With alcohol it might be because you like the high or it might be social pressure. But it also has a wonderful flavor range that you don’t get unless you become a bit accustomed to it. Even wine, which is relatively tasty, is not like tasting lemonade. You need to anticipate wine. It really requires some practice before that flavor range is open to you. What interested me in the disgusting was the fact that it can open up a subtle range of flavors that can have quite a lot of cognitive significance. Cheese is another very interesting example. When you’re eating these strong blue cheeses, you really need to know that what you’re eating is cheese, or you might think you’ve been offered something that is rotten or something that’s truly foul, because a lot of cheese is very odoriferous, it smells like vomit. But I happen to love it.

Hans Maes:  If you need to know that you’re eating cheese instead of, say, a rotting piece of meat in order to enjoy it, then that seems to point to the conclusion that it is the conception of the object, rather than the sensory qualities that are crucial in the disgust response. Yet, you reject that claim, even though it is supported by psychologists such as Rozin and Fallon.

Carolyn Korsmeyer:  I do. It’s very bold of me to challenge scientists, isn’t it? I take issue with the idea that you can separate the flavor from the concept, the taste from what it is a taste of. What they say is that it’s the concept instead of the flavor that gives it the acceptability. What I would argue is that the concept gives shape to the flavor or the odor, such that it actually takes on qualities that it didn’t have before. Or to put that differently, taste, when you know what you are tasting, is such that you now notice certain qualities of foods, instead of having a range of potential qualities that are much more ambiguous and indeterminate.

Here’s another example. A long time ago, I went to a dinner party. I didn’t know the people very well. I entered their house, and I thought, ‘Well, they’ve got a cat and the litter box is overflowing.’ There was a very unpleasant odor in the house. And dinner went on, and I kept smelling a cat’s presence and wondering why they hadn’t cleaned the litter box before inviting guests over. Then for dessert, or the course between the main course and dessert, they brought out a Raclette cheese which had been warming on the sideboard, and that’s what I was smelling. And I remember this so vividly, because the sensation completely reconfigured in my sensory experience and it was no longer litter box. It was litter box‑ish, but now it was also cheese with a particularly deep and complex set of properties. The concept was absolutely necessary for me to find that odor the least bit appealing. In fact, the smell was much stronger than the flavor with Raclette cheese. But it isn’t that I thought that the obnoxious odor is all right because the idea of cheese is acceptable. Rather, the experience itself became one of cheese odor instead of litter box odor. So, it’s a version of the cognitive penetrability thesis that when you’ve got correct concepts you notice the qualities of the thing that previously you only had a vague sense of.

Hans Maes:  In the book you draw a helpful comparison with vision and you discuss the situation where you think you see a scarf on the carpet and it turns out to be just a patch of sunlight. Once you realize your error the visual properties change completely. You go from the (illusory) seeing of an object with three dimensions to the (veridical) seeing of a flat carpet with just a patch of color on it. So, in the litter box example, something very similar goes on?

Hans Maes: With this one difference, perhaps, that when the litter box sensation turns into the smell sensation of cheese, some of the original ‘dubious’ sensory qualities remain.

Carolyn Korsmeyer:  Right. It’s a challenging flavor, and it gives it that depth.

Hans Maes:  But not to the extent that it remains disgusting?

Carolyn Korsmeyer:  No, with food, it has to convert.

Carolyn Korsmeyer:  Correct, at least most of the time. I want to hold on to the idea that disgust has a non‑pleasurable valence, and I think that in that case what was disgusting receives a pleasure valence and is no longer disgusting.

Hans Maes:  But is there really no culinary instance of savoring what is disgusting? What about Francois Mitterand’s famous last meal, the ortolan, a tiny bird which is captured alive, drowned in Armagnac, roasted whole and eaten that way, bones and all. It’s hard to imagine this to be an entirely pleasurable eating experience.

Carolyn Korsmeyer:  When I was thinking about disgust in relation to food, the ortolan example struck me as really pertinent for a couple of reasons. One of them is that the circumstances of Mitterrand’s final meal require one to think very carefully about the occasion. You’re not just munching and saying ‘Yum.’ Supposedly one is to eat ortolan with a napkin draped over one’s head. Whether or not this occurred, the attention directed to this sort of eating is purposively difficult because of the requisite method of eating. You can’t just nibble a little flesh off the bones. You have to eat the whole thing. I think they remove the feathers, the feet and the beak, but the rest of it you’ve got to consume. The American writer Michael Paterniti recreated this meal and described his experiences. Reading his account, it seemed to me that he had an experience that one could describe as the gustatory counterpart of sublimity. He also experienced a wave of nausea at the same time. It seems to me that in that particular case he was also poetically reflecting upon the fact that he was consuming a recently alive innocent little creature.

The latter thought brings home the real fundamental aspect of eating that hardly anyone ever talks about. The way that most living creatures survive contains a deep horror. We have to consume other living things. One of the reasons I am enthralled by the novel Moby Dick is Melville’s gripping evocation of the fact that nature is a consumption engine and that we’re part of it. We can’t rise above it. We’re part of that omnivorous, destructive cycle.

Hans Maes:  You mentioned how Paterniti experienced a wave of nausea when he was eating ortolan. At least that’s something that seems absent in the case of eating cheese. When we end up savoring a piece of Stilton, we’re not nauseated in any way.

Carolyn Korsmeyer:  No, I don’t think so.

Hans Maes:  Still, you wouldn’t say that the eating of ortolan is an example of savoring disgust?

Carolyn Korsmeyer:  It’s right on the border, but I think it still has to fall into the delicious category. It’s just a very deep and reflectively complicated deliciousness.